My ability in electronics is very limited and need some help.
Our garage roller door closes automatically some 4 minutes after the infrared beam is broken. Sometimes when loading the boot the beam will be broken.
This leads to a possible situation where one can load the boot, trigger the beam and jump in the car ready to back out.
The car could be backing out as the door is coming down causing damage to both. (the infrared beam does react when an object passes between the beam and sensor but there is a brief period when the door may hit the car without the beam being broken and that is where my “Gismo” will kick in.
I want to add a photo interrupt switch on the top and bottom of the door that will “Switch” a relay when the door has moved from the stationary or open position. That relay will switch flashing lights in the garage.
I can run it from a plug pack 5V or 12V it doesnt matter much. The relay should be able to carry a few amps for 12 volt flashing lights (undecided so far)
Thank you for taking the time to read about my project

Could you post some images of the project that way we can get a better idea of how we could solve the issue. For something like this it’s very important that the project is not connected to mains power in any way as I’d imagine that the motor that you’re looking to make modifications to would be quite powerful and the current running though the circuit that you want to change could be very dangerous both in giving you an electric shock and being a fire hazard particularly if you don’t have experience in the area. If it’s not mains power then yes something like a photogate or probably more reliably an ultrasonic sensor should be able to provide a solution when combined with a microcontroller.

Have a Happy New Year!

What I am doing is activating a relay to start 12 volt lights flashing when the door starts to drop.
I thought I had described it clearly so as to avoid any misconceptions. I may have given too much detail which has now created confusion

Ah okay. Yes I’d just use an Arduino or a similar micro controller and run a script that detects the presence of the door and or car using an ultrasonic sensor or a light gate (ultrasonic would be easier as light gates in areas that have light that changes its intensity like near an opening garage are notoriously difficult to setup as you’d need to create a signal that is different to the ambient light) and powering that off a 5 V line and then using a suitable relay to control a circuit to create flashing lights. If you’d like I can send you some links to a list of everything you’d need for the project.

Have a great day!

Hello Bryce
My name is Laurens

Using an Arduino is too complex for the simple task of activating the relay.

Thank you for the suggestion.

There are places on the web that have circuits, I don’t know about their technical skills which is why I asked here.

Sorry for the typo in your name. Depending on the sensor that you decide to use, the device that you’d have to use to detect the moving door and the relay you would have to use to power the lights the circuit is likely going to have to be custom to account for the timing of the lights and the signal that triggers the lighting. Generally, microcontrollers are a good option as they act as a jack-of-all-trades and are generally less complex than they appear. I hope you’re able to find a solution that suits your project!

This is a link to the switch I want to use. 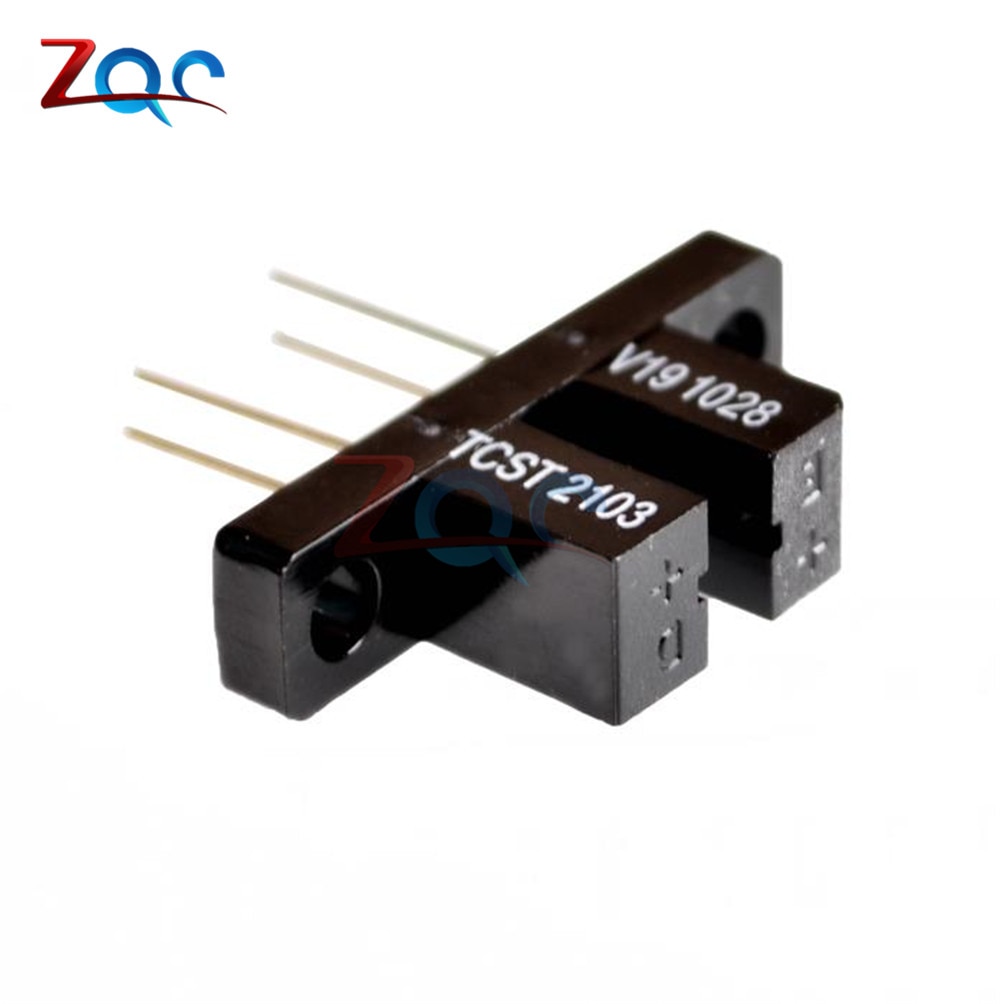 There are a range of circuits on the web but I wanted to use Core Electronics expertise and parts.

Sounds like a plan. That’s correct the optoelectronic switch is limited in its capability to deal with high current, you’ll likely have to use an amplifier with isolation between the switch and the relay. As for how to get the lights to flash that’ll require a timer which would have to be set up and connected with a boolean AND gate with the photo-interrupter switch (with INVERT gates to correctly read whether the sensor is detecting an opening or closing appropriately) powering the lights through the relay and the control circuitry appropriately should suit your project. That switch does have the capacity to function with a microcontroller which could act as the timer, the AND and INVERT gates all at once and is designed to work with a series of relays that we offer, but it’s not a requirement.

All the best with your project!

Now that we are on the same wave length, do you know of a circuit to do all of that? and 12 volts DC would be perfect

Unfortunately, I don’t know of a circuit with all the exact specs that you’re describing, but only a series of IC, relay and crystals, that could be used together with an appropriate battery or likely a 3V or 5V power supply. That would require a custom setup on a PCB with soldering and then a 12V supply running in series to your lights and relay which would be switched on and off according to the timer whenever the switch is ‘on’. I can get you a list to everything you’d need if you’d like.

Not sure I’d do it this way. But if you want to use a optocoupler and its switching works in your application how about something like this relay.
It’s input can be driven from a GPIO port, so its input current rating must be pretty low. So probably an optocoupler will provide enough current to trigger it.

A versatile relay board with opto-isolated input. The relay channel can drive up to 10A @28VDC

As bruce is suggesting, doing it this way might cause some false triggerig, but if its just a warning indication guess thats ok?

Looks like a suitable relay. I just need to get a circuit to operate the opt electronic switch

Bryce… I don’t have any exact specs but was trying to work with readily available items that need to be fitted to a roller door frame (top and bottom) The job of the 2 devices is to switch off a flashing light.
I was going to use magnetic relay switches but those presented too many problems

I suppose my other option is to use contact switches bottom and top of the roller door.
I will revisit your earlier Arduino suggestion 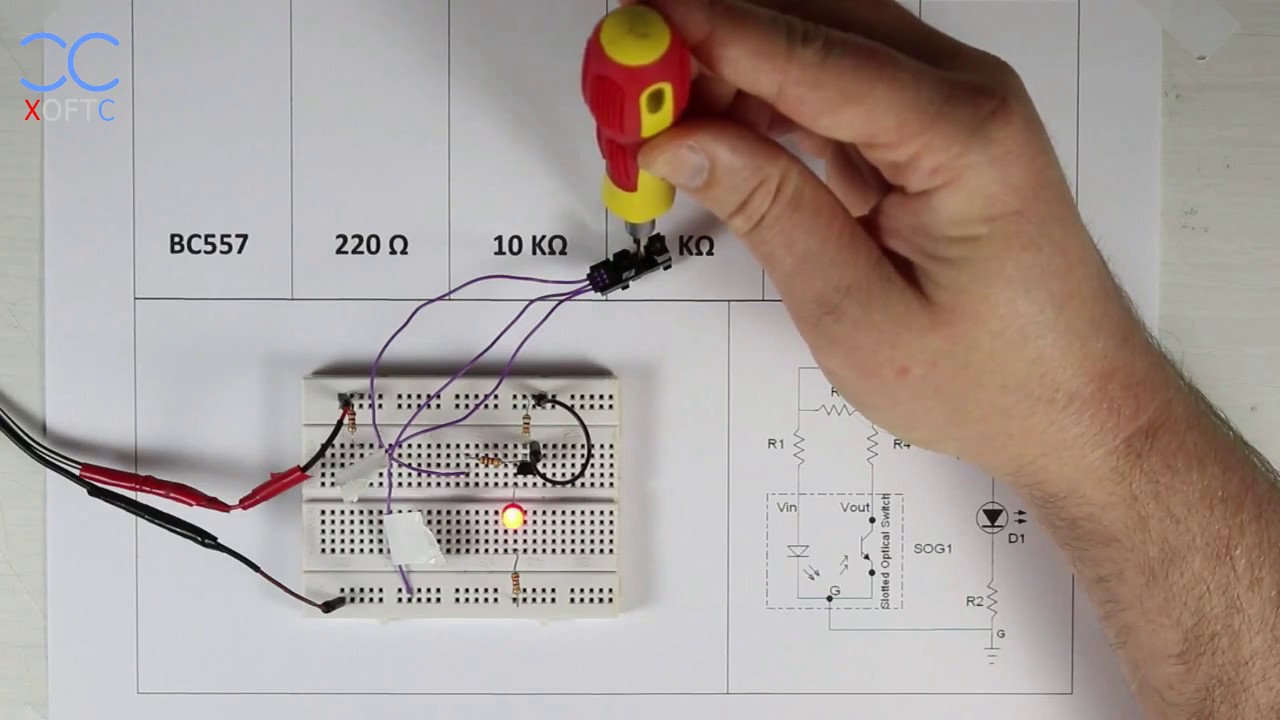 Things got far too complicated. As I said right at the start, my ability is limited.

I picked up a strobe LED light https://www.jaycar.com.au/led-strobe-red/p/LA5327 and am currently using SNAP-ACTION SWITCH WITH 16.3MM ROLLER LEVER: 3-PIN, SPDT, 5A which I purchased from you.

Currently the switch looks like this. With one at the top and one at the bottom of the door…

Amazing work. Glad to hear that the project is working successfully. Have a great day!