I recently bought an ELEGOO UNO R3 Complete starter kit! I am completely new to robotics and electronics (I did buy a soldering iron and a dremel-3000.

I know this is a broad question but what additional parts would be useful? I plan to use arduino (at least for a start)

I am also looking to build as well, but I don’t want to just buy a pre-made build kit (I would understand the concept, but would not be able to use in my own application… just the way I learn).

Can anyone suggest to me some beginner builds, intermediate, and advanced builds? I plan to eventually make an rc car, battlebot style stuff, and precision arms.

These builds I would prefer not to have a pre-made kit, but something I can try make myself using tools for parts etc, I plan to create my own parts eventually (with 3-d printing)

I know it’s super vague, but any help would be awesome…

That Elegoo kit looks like it contains a good sampling of a variety of parts so you should be able to take it in any real direction you wanted to. Part selection can be tricky as every decision impacts each other component and it’s hard to know which end of the chain to start with.

I’m working on building a 150 gram combat robot myself when I can find the time between other projects, I’ll link a few resources below I found super helpful when it came to sizing up parts and knowing what was compatible with what.

I wouldn’t count out kits as a problem right away, it’s really nice to have a known set of components that will work together and incrementally change and improve each part bit by bit rather than have to get a full system working nicely from scratch. Eventually, you will get into a Ship of Theseus situation where your project might have started as a kit build but no longer has any original parts and has been fully functional from the start.

How not to blow up your robot is a long video but very helpful for obvious reasons. 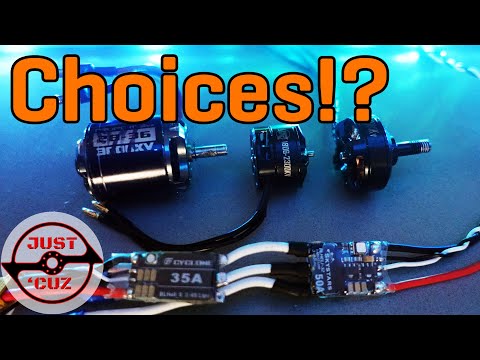 The Battlebots team Witch Doctor also had a playlist covering the assembly of a 1-pound robot kit.

Team Panic is an Australian combat robotics team, similar in content to the other two channels but is sometimes more relevant as we use different weight classes in Australia to the US. 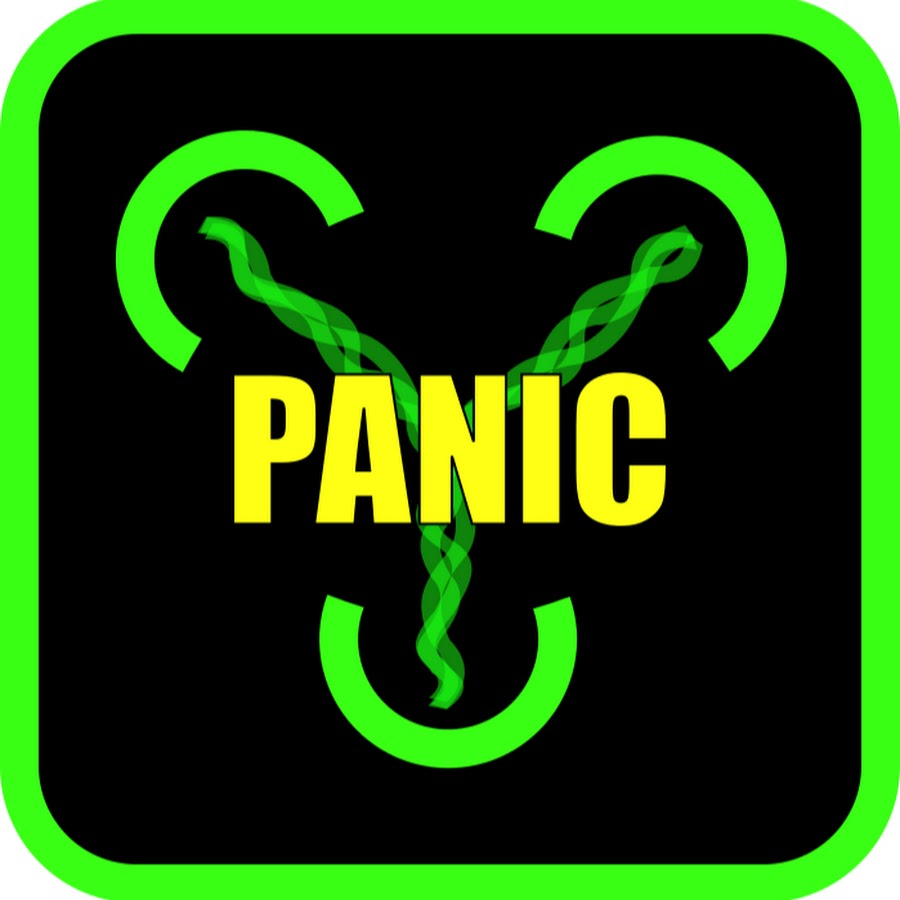 I'm an electrical engineer interested in all things robotics. I have recently gotten into robot combat and have decided to document my experiences. Watch this space for combat videos, tutorials, 3D printing and other awesome robotics...

Was there anything specific you wanted to start with for a first build? We can give some more tailored advice if we know where you’ve got your sights set.

The ship of Theseus is one of my favourite philosophies so I am so glad you made that out as a point with certain pre-made kits!

I’ll check out all these videos right after this post

I have ideas for further down the line stuff, when I have more knowledge and understanding (battlebots, robotic arms, remote control humanoid-esque robots.
But for a first build? It’s so majorly vast that it’s overwhelming in that regard.

Maybe since you think kits are good to try out, a kit suggestion would be good?
And a noob-friendly “project” where you could make parts out of and apply knowledge in practical applications.
Or, to be honest… any noob-friendly starter projects would be awesome!

Thanks for your reply dude, already hyped with these resources!

Love the enthusiasm, let me know once you’ve got a first project locked in and we can get into the specifics of parts and kits further.
Personally I’d recommend just pickup up some micro metal gearmotors and a motor driver board for Arduino and build something that can drive around.
I’ve seen robots built from cereal boxes so there are no limits on creativity.

I think something like a 4 wheel RC car would be a great start (something that I can add extra stuff to later).
One show I loved as a kid was “Crush gear” which is somewhat similar to combat robotics…
Maybe a build like this would be a great start? A 4 wheel’d remote control crush gear (without the fancy wheels) and a form of weapon. This could be used as a proto type to other combat robotics I build in the future, a “ship of theseus” perspective.

For a chassis, something as simple as a cereal box, tissue box, etc would be great for a proto type, then I can 3D print something when I get used to building and understanding how to create precise moulds/shapes for parts

Other than boxes the recycling bin in general is a great spot for structural materials for robots - my local Officeworks has a bin full of offcuts and such, plus you can always ask!
A less environmentally friendly method would be to nab the odd bit from Kmart or Big W.

PS: definitely read up on how to choose a motor, Trent’s videos are great!

Dude this is such valuable advice!
I never thought of using officeworks as a way to get resources, appreciate the advice!

If you have any kit suggestions Liam, I would be happy to hear them

A bit biased but I think grabbing whatever you have on hand and trying to make random stuff is the best way to start out - and write down every idea that you have.
It’s been quite a while since I’ve built a fully functional robot but you can make a ton using parts around the house.
I’m a big fan of the Pico since you can program in Micropython and use the stuff Core makes: PiicoDev hardware has been designed from the ground-up with rapid prototyping and maker education in mind. As community educators ourselves, we have baked ideas into PiicoDev that ensure every home project, school activity and makerspace workshop is...

There are a lot of traps for young players in this hobby (a good portion end destructively) so read around and if you cant find an answer just ask! (searching on forums + Google are your friend)

Here’s a list of fav projects with good explanations: Bill of Materials Arduino Nano Every 10 Segment Light Bar Graph LED Display 10-Turn 10K Potentiometer Perfboard Various diodes and resistors (refer to schematic at the bottom of this project) Arduino Nano Every For the display I... This project started due to the smoke haze that enveloped our area during the 2019 and 2020 bushfires. I wanted something to check the air quality of my home and maybe find areas where it needed better sealing. In addition, the BMP280 sensor was on... This project has been a long and tricky one for me, I purchased my robot arm kit from Jaycar many years ago with the intention of controlling it from the start. I used to work with industrial robots, so when I saw this robot kit for sale I...

The aim of this project was to create a working model of the aircraft exterior lighting systems. Initially, this started as a simple project for Uni, but I wasn’t having that. I wanted to learn something. So of course, I went over the top. Being my... Chances are if you are anything like me, being a maker is often an excuse to create as big of a mess as possible during the duration of a project. And after the project is finished? You are left with an enormous mess to clean up, taking away valuable... Since I was young, I've always loved to explore. Over the years, I've tinkered with RC cars and played with planes, which were always plenty of fun. But I always dreamed of going out further - out into the real world, far beyond the confines of my...

The elegoo kit has pretty much all the common sensors. However, If you want to control AC loads with the relay, you’d better buy a AC bulb holder with plug and wire.
And if you are interested in biomedical engineering projects such as this one: MyPulse (Heart Rate and SpO2 Sensor) - Share Project - PCBWay
You can buy sparkfun’s Particle sensor, heart rate sensor, muscle sensor etc.

I’m very open to Arduino, Pico, anything to be honest.
Might pick some up and try some of these out

Noticed some of them use arduino as well, so that’s a bonus.
Thanks heaps, have a great weekend and hope to see you on the forums

This is some really cool stuff!
Thank you for the suggestion, I definitely wouldn’t know about this stuff if you haven’t said it.
Biomedical engineering looks so damn cool, I will definitely look into that!!!

You’re welcome, dear. Wish you all the best.

Problem: the bulk 3D filament spools that I use to prototype parts are too large for the normal holder on the Ender 3 and the ‘pipe dream’ project that will accommodate it correctly is a ways off at the moment.

image1460×1946 141 KB
Pop a TP roll in for support and hey presto, something that will work for long enough for the parts to arrive

I haven’t put this plan into action yet but if you can grow some decent-sized bamboo in a pot, you can use them as a frame for a robot

I for one would like to see more bamboo robots…