Hi there, I am looking into having a rather large led on top of a stand so it is visible from around 10m away in sunlight. I was wondering what products I would need so that the LED could run on a circuit displaying a random colour of 3each time it is triggered by a remote control.
Thanks,
Kyle

You’ve asked this at just the right time! I have two options available, depending on how much detail you want to get into

The first option - What you are looking for sounds like an individually addressable multicoloured LED Matrix/Array or Stick. They could be run from a Raspberry Pi or an Arduino based Microcontroller.

Core has just released some new products of this nature today. Check out: The most powerful GlowBit display! A 64 LED matrix that can be easily tiled to create larger displays. Add eight dazzling LEDs to your project or daisy chain for a longer display.

There’s some great guides here for running them from a Raspberry Pi: I’m sure there will be more guides/ other forums users using them with Arduino soon.

For a remote I will let someone else make a suggestion here, there would be a number of options for wiring up a simple switch with a Wifi or bluetooth module for remote control to your Pi/Arduino.

Alternatively! If you’d like a simpler ‘dumb’ product without logic to address the LED’s individually with a Pi or Arduino, try this: The Mi-Light 4-Zone LED Remote Controller is a 2.4GHz RF LED accessory that allows you to change the color and dim non-addressable LED strips attached to the RGBW .. read more It’s a 30m range RF Remote control to a box that powers some non-addressable LED’s. Quite simple and with 6A rating you should be able to power some extra bright LED’s Nowadays, LED strip is becoming more and more prevalent in our daily life. Sometimes, especially in festival days, we even feel that there are no more fun and excitement .. read more

The Mi Light just wires straight to the RGB terminals of the LED strip. The strip can also be cut up to a different size if needed!

Really depends on what you situation is. If its only 1 direction then LED could be placed in a tube allowing it to be seen when viewed at that angle. A previous post was about viewing a LED from a distance in daytime at a rifle range. My research at the time showed the human eye will only recognise a certain level of intensity, below which we don’t see the light at all.

The LED you place on a stand will need to be brighter than the ambient sunlight.

Matt has got you covered as far as type of LED to produce colour and how to do it.

All the best
Jim

Hi Matt,
Thanks for the help although I am still a little bit confused. I have watched the video suggested on the Raspberry Pi with the Glowbit Matrix 8x8 and was wondering if this was also available with the Arduino as I already own one through school. My idea is a bit difficult to communicate but I was just checking that this system could be able to : first - be connected to my computer to run a code with a random number generator meaning it would be a different colour of either red, green or blue without an order. second - be able to connected to an external power source allowing it to run for up to 2 hours while connected. third - colour being changed upon command to the random colour on the code through either a hand held switch or remote.
Hopefully that makes sense.
Thanks,
Kyle

Glowbit devices use WS2812B addressable LEDs, these are sometimes known by the trade name Neopixels.
These LEDs will run with either 3V or 5V supply so should work fine with Arduino logic levels, though I’d recommend a separate power supply as the Arduino digital output pins can’t power the LEDs directly.
As far as control goes, I’d recommend either the Adafruit Neopixel library for Arduino, or using FastLED

In short yes, you should be able to do all three of those things! Can you give us some details on the Arduino you have at school/your experience with using it?

Your project can run on your Arduino from school and a combination of the pieces we have suggested above.

Hi Matt,
I have an Arduino Uno R3 and have done same basics of coding with it in Term 1 but all of it was off of copying code and altering minor details of the code.
Overall I am thinking of going for the 8x8 Glowbit Matrix, what other pieces would I need for this? ( Switch, wires, External power source, etc. )
Thanks,
Kyle

Ok, great! An Uno R3 sounds like a great place to start.

Note that page gives some suggestions for a fixed power supply and terminals, so start there. Your Arduino won’t be able to power the GlowBit on its own at full brightness, hence why you will need some kind of Power Supply/Plug Pack. If you want a battery-powered supply, we can also go through that but for simplicity’s sake, let’s start with a Plug Pack.

The Glowbit 8x8 Matrix is also available in a 4x4. For the 8x8 however, you’ll note on the above link that it draws a max of 2A at full brightness, which you will likely want given you are outdoors. So you will need some wire that can handle 2A current to wire it up. So check what wire gauge you need here for example: 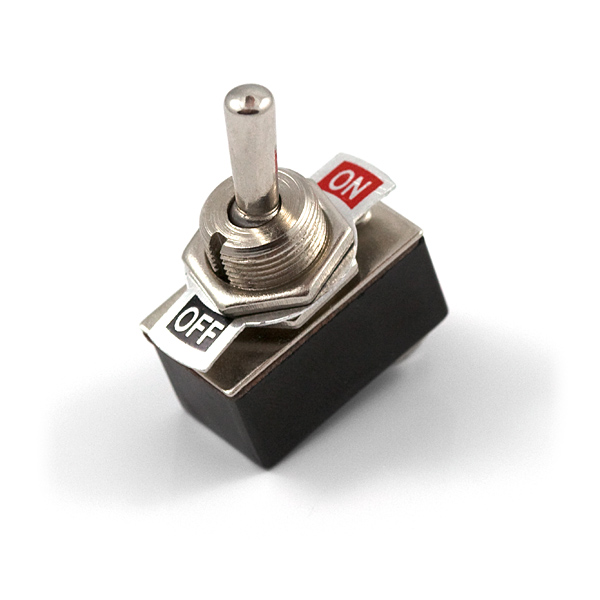 This is a heavy duty SPST toggle switch - your basic on/off toggle. Rated for 2A at 250V or 4A at 125V. Includes a face plate and two threaded nuts for mounting. Works great with our missile switch cover.

Some ribbon cable soldered to the switch and connected to some jumper wires to plug into your Arduino if you want a long control lead: Ribbon cable is really helpful in situations where you need to make a lot of connections without a big mess of wires. Nothing makes a project look more finished than a nice clean wiring harness. These Female/Male 'extension' jumper wires for making wire harnesses or jumpering between headers on PCB's. These premium jumper wires are 3 Here is a great tutorial to get you started using some very similar LED’s. In fact they are so similar, you can apply the same code to the GlowBit as they use the same addressable LEDs!

All you need to add to alter it for a basic prototype of your project is the switch/button. We can add random code generation later. 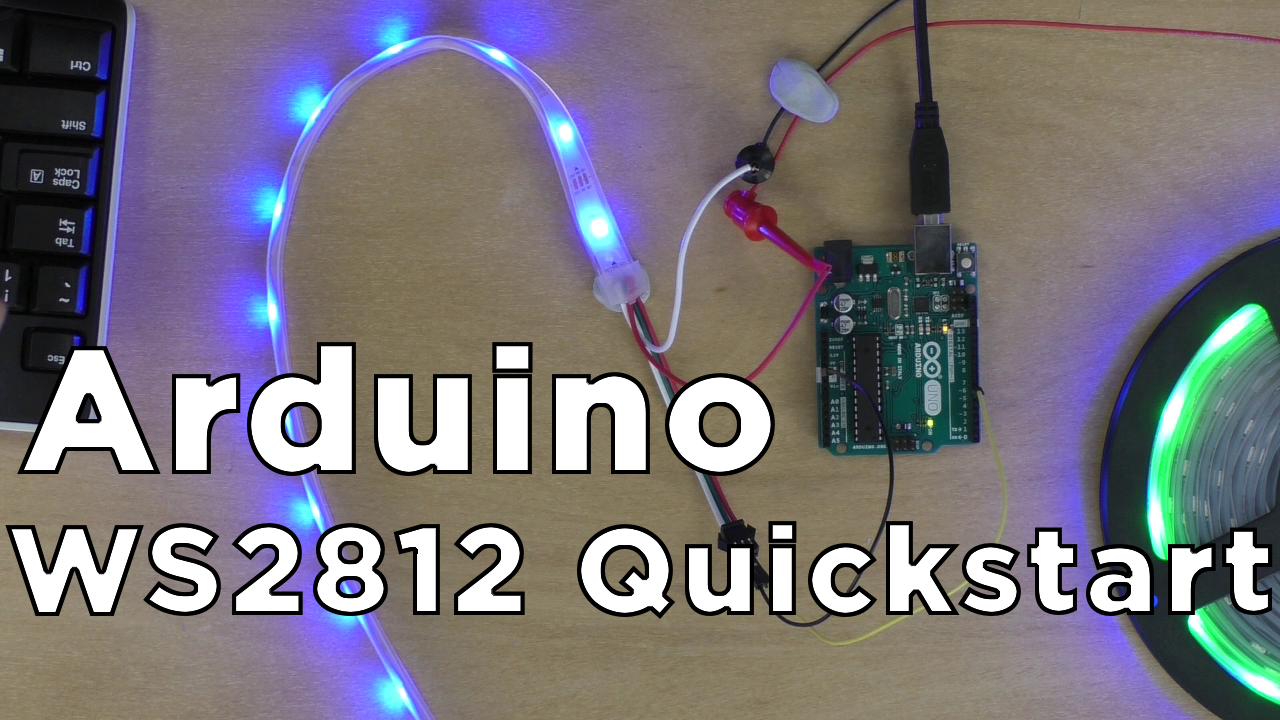 This tutorial is aimed at getting some instant gratification from your WS2812 LEDs (also known as NeoPixels). I'll briefly cover a bare-bones setup for Arduino. If you've never used an Arduino before, we've got you covered with our free, online...

Instead of the Uno I would go for the RPi Pico instead so that the guides from Core will be the same. Plus Python and MicroPython are super easy to use!
Later down the line I would go with this Wireless module, there are up to four buttons but to connect it to the Pico you will need a logic level converter(requires a bit of soldering).

Hi Matt,
They all look like great ideas and thank you for the help but was hoping for a wireless switch if this was possible but everything else sounds spot on. I also have a breadboard at school available that could be used for possible testing.

No worries, yeah the Wireless Module suggested would be a great idea. I would just suggest that for prototyping purposes, try something simple with a wired pushbutton first. It’s super easy to replace afterwards. Wireless can introduce more problems so it’s generally best to build step by step, replacing each component one at a time as you ‘upgrade’ each portion of your project. Nothing worse than wiring up an entire project all at once, switching it on and finding it doesn’t work, then having to chase the problem down multiple alleys all at once…

Regarding your questions about the module, take a look at this images from the Wiki for that wireless module:
https://wiki.dfrobot.com/SKU_TEL0140orTEL0142_Gravity_Digital_Wireless_Switch

The top image is the transmitting end, so you just need the wireless module, a button and a battery supply. Ignore the motion sensor.

And here is the receiving end with your Arduino or Pico wired to the receiver module and your lights (for control logic only, lights will need a separate power supply):

Hi Matt,
What you be able to send a complete list of everything I would need for the wired initial version if thats alright.
Thanks,
Kyle

We’ve given some good suggestions, I’d start with any of the above depending on how you want to go ahead. We’re always here for tips and troubleshooting but I’ll leave the final part selection and hardware choices to you