New video by Michael; The Factory | Micropython In An Uno Footprint

New video! We’ve a bunch more prototypes to discuss this week in The Factory. We’re coming face-to-face with the challenges of backwards compatibility: Fitting a 3.3V MicroPython board into the footprint of the 5V Uno. We’re also migrating to KiCad 6 with quality of life improvements and panelisation now just a plugin away! We look at a tiny Makerverse Class-D amplifier and test jig, perfect for adding a low power and footprint audio solution to your project, and finally we talk the early development stages of a MicroPython E-textiles & wearables line, let us know your thoughts on the features. 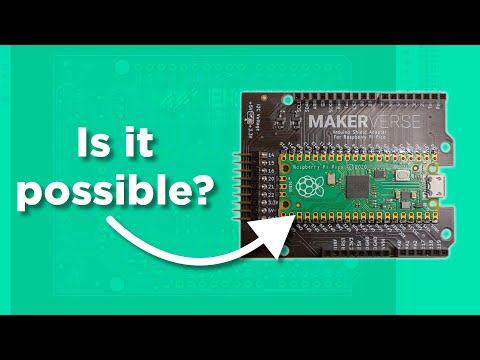 Amazing idea - Many Makers already have various Arduino Shields that could then be used with Micropython.

Using a standard socketed Pi-Pico could be useful - would allow one to replace the Pico when things don’t go to plan… maybe there is a market for both Pico-socket and RP2040-on-board versions? (Same board with both pad options?)

Adding a PiicoDev connector as part of the additional IO and a Reset Button would also be a useful option.

Thank you for another interesting video!

Thanks for the suggestions, I’ll let the production team know about the post for you to see whether we can incorporate/further discuss the ideas that you’ve brought up.

Glad you liked the board!

Great suggestions @Victor153764. We’re turning over ideas for how to do the logic-level shifting. It’s turning out to be non-trivial!
The challenges: