Running a DSLR camera with Pijuice

I’m currently working on a project. The project will be used remotely thus the need for a UPS type system. I have chosen to use Pijuice as the code and documentation are very friendly.

The issue I’m having at the moment is that the system reboots when the camera tries to take a photo.

The camera is connected to the GPIO 5v pin. Pijuice apparently steps up the voltage from the battery to supply the 5v GPIO pins with 5V. The camera requires 7.2V and 1230mAh according to the battery. We are using a dummy battery that allows us to connect to a Pololu DC to DC step-up converter which that connects to the 5v GPIO pins. This allows us to hit the 7.2V needed.

However randomly when the camera tries to take a photo the whole system reboots suggesting a lack of either voltage or current. I have a multimeter attached to see if I could see any dips or spikes… but it happens so fast that i can’t pick up anything.

What would be the best way to handle power to the camera and Raspberry Pi using a 20000mAh battery at 3.7V?

The 1230mAh rating of the DSLR battery does not indicate what the instantaneous current draw of the camera is, but it is very likely it is well beyond what one or other of those converters can supply.

Try moving the input for the converter from the 5v pin and connect it directly to the battery. That removes one potential source of current limitation.

The best solution would be to have entirely separate supplies for the camera and RPi with a 7.2v battery for the camera, but that might require a rearrangement of your battery backup and charging. Reducing the current requirement of the camera is a good option - is a DSLR really required? A smaller digital camera will have a much lower current requirement. Have you optimized the camera for minimum battery usage (mirror-up mode, display blanked, etc)? You haven’t indicated how the camera shutter is being triggered, but that is another source of current draw that might have potential to be optimized.

Thank you for the reply.

Yes a DSLR is required for the project due to its high-quality photos being 24MP. Currently, the shutter is being triggered by gphoto2 python code running on the Raspberry Pi. I’ve changed the code around a couple of times for performance and reliability.

From talking to a couple of people, separating the power between the Pijuice and the camera will have to be the solution. But I would like to have a single battery that feeds both the Raspberry Pi and Pijuice as well as the camera, what kind of devices would I be able to use that will still allow me to read battery information such as voltage and current. as well as disabling power to the camera so I can save battery power?

I think you’re on the right track. Running a a step up directly from the LiPo, in parralell with the PiJuice connection is the way to go (although you may want to charge the battery externally - it’ll probably take literal days for the PiJuice to fully charge a 20Ah battery from flat).

There’s a very good chance you’re running out of both current and voltage. 7.2v in a DSLR battery sounds like it’s either 6x 1.2v NiMH cells, or (more likely) 2x 3.6v Lithium Cobalt Cells. If you’ve got your regulator set to 7.2, and there’s a high current draw there’s a good chance you’ll get enough voltage droop that the camera would shut off.

It’s important to note that nominal voltage of a battery is generally the 50% discharge voltage of the cell. Below this they usually drop off at an accelerating rate, and before long you can consider them flat - ie. 7.2v is the minimum you’ll need.

A fully charged 7.2v NiMH or Li-Co cell will both be around 8.4v, so I’d set your step up regulator to that (though if you’ve still got the original battery, fully charge it and stick a multimeter on the terminals to check). The higher voltage will also help reduce the current requirement for a given power supply requirement.

You also might see better results if you replace the leads from the battery. I know a lot of Core’s batteries have relatively thin leads because they’re not designed for high current applications and the leads are often the bottleneck on getting current out of the cell.

If these steps don’t help, you can always run some nice fat capacitors to help with the current draw spikes while imaging. For example, 3 or 4 of these in series will get you 3.3F@7.5V or 2.5F@10V, respectively. Yes you read that correctly - 10Farad capacitor. This small cap can be charged up and then slowly dissipated running an entire system for hours. Combine two in series for 5F/5V. Do not over voltage or reverse polarize these capacitors.

Just be careful when first charging them up as the inrush current resulting from connecting a dead flat super cap will be practically infinite. You’ll want a low-value resistor inline to limit peak inrush current (or carefully charge them with an external current limited supply).

As for disabling Power to the camera, just use a relay or a MOSFET controlled by one of the Pi’s GPIO pins. Given you’re looking to reduce energy consumption. Depending on whether you’re expecting your camera to be off or on most often will determine the best way to hook it up for minimum power consumption. When you need to switch a lot of power, N channel MOSFETs are best for the job. These FETs can switch over 60A and 30V and are TO-220 package so they fit nicely .. read more 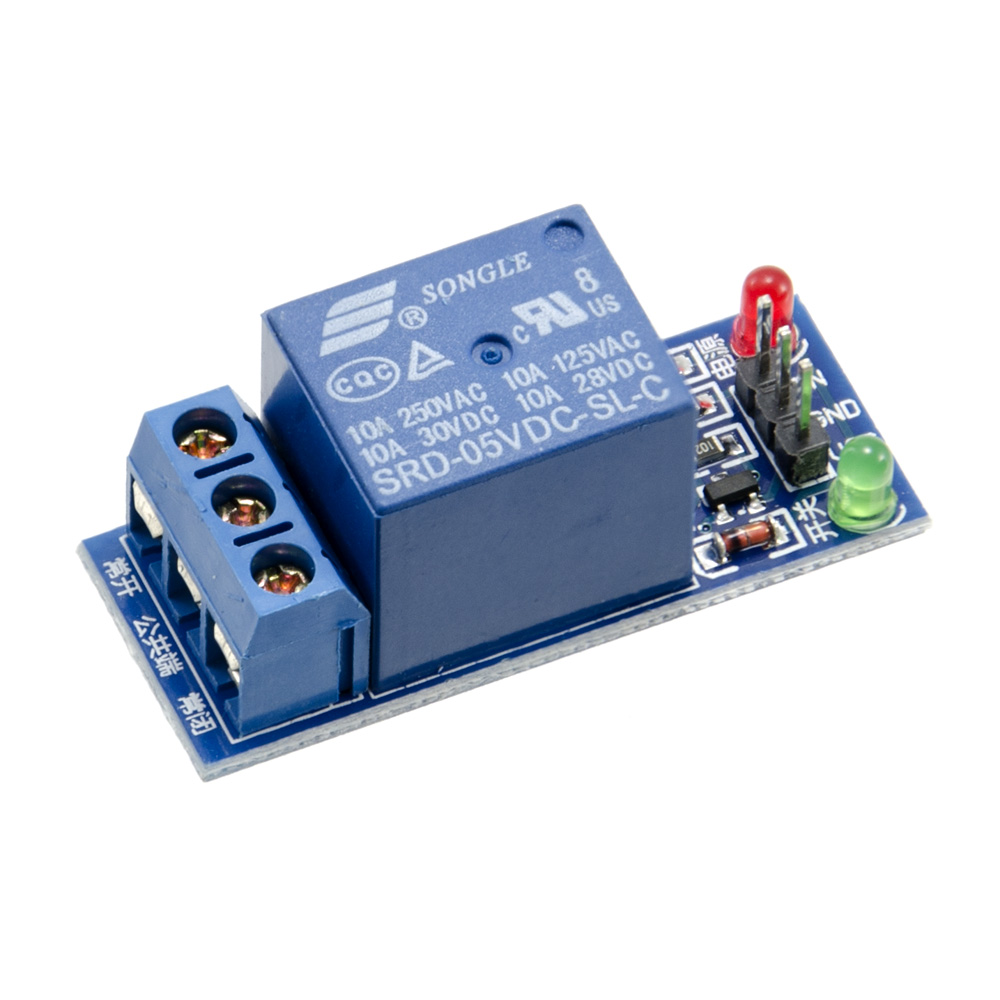 A versatile relay board with opto-isolated input. The relay channel can drive up to 10A @28VDC