Weird 3v3 problem on my UART

I’m getting to the pointy end of the wicking bed project and applying power to the wire-wrapped prototype. One weird problem I’ve encountered is the 3v3 supply to the UART (pictured)

I’m using an LM2936-3v3 to supply. It looks like this reg needs a small load to regulate properly so I put a 1k0 output to ground and it sits at 3v3 OK.

Weird thing is that when I plug the UART in, the 3v3 jumps up to about 4v8 volts.

Got me perplexed currently!

Weird thing is that when I plug the UART in, the 3v3 jumps up to about 4v8 volts

Are you sure that everything has a common ground? Note that a device input ground might not be tied to its output ground.

Hi Jeff, that’s a good point and the first thing I checked. In fact, there was an O/C on the UART ground pin back to the PSU ground which I fixed but the issue persists.

I’ll mock up a test jig on a prototype board and see what I can see.

I think I’m barking up the wrong tree.

The module is a CP2102 USB to UART module. I don’t think it needs 3v3 at all. I think the pin marked 3v3 could actually be CTS…but I’m not sure just yet.

Do you have a link to the page where you got the USB-to-serial converter?

Could it be that the 3.3V pin is actually an output? (while I can’t see any regulators on the board, maybe it’s as crude as a voltage divider?) With nothing plugged into it, how does the voltage behave on that pin?

Could you go into the rest of the hardware you’re using with it?

Always worth trying a loopback test if you aren’t confident in your USB-to-serial board: 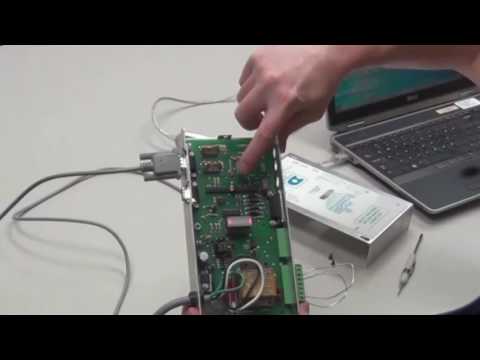 IIRC most of these USB-to-serial chips have 5V-compliant, 3.3V logic

This is an interesting one! Keen to get to the bottom of it
-James

Yeah, it’s certainly weird. Conventionally, the UART should act as a DCE device and the Arduino should be a DTE since it’s the termination point. The means the Arduino asserts DTR and, if present, RTS.

The 3v3 pin is definitely acting like a signal rather than a 3v3 source.

Being from eBay, the PCB could be wrongly silk-screened and the pin marked 3v3 could be CTS.

I’ll make a loopback and see what gives.

Sounds like a plan! The board looks somewhat like an FTDI breakout (the number of pins and the inclusion of DTR although in the incorrect order).

If you can ID the chip on the board you might have a better idea what exactly its doing (I like to turn flash on my phone and take a photo zoomed in quite a bit).

EDIT: Just saw the mention of the CP2102(Datasheet) With the 3.3V pin on the CP2102 chip(pg 13 of the datasheet) itself there might be a strange interaction with the target board causing the rise to 4.8V (suspiciously close to 5V).
If you have a DMM handy Gerard probing around the chip itself would be a surefire way to confirm the pinout of the header.

Hi Liam.
Just chipping here, I don’t know enough about this to offer solutions.
Liam, you are probably correct. I am sitting here looking at an FTDI (whatever that stands for) breakout board I have been using to program and communicate with Arduino Pro Mini. They are suspiciously similar. I wonder if it would be a worthwhile exercise to make up a converter cable to get the pins in the correct order and see if you can communicate and program a Pro Mini, using what is marked “3.3V” as “CTS”.
Might answer a few questions and deter people from buying some of this stuff from unknown sources.
Cheers Bob

I definitely think the adapter would be worthwhile if Gerard has any FTDI adapters handy.
There’s a bit more background about the CTS and RTS pins here (a handshaking protocol used to check up on the target device):
What is RTS and CTS flow control? - Electrical Engineering Stack Exchange

RTS = Request To Send. The sending device is telling the other end to get ready to receive, and to set its CTS line when ready.

CTS = Clear To Send. The receiving end is ready (“all clear”) and telling the far end to start sending the characters.

The lack of documentation is definitely a tough one, I find that you always end up paying about the same when it comes to electronics - a cheaper module without much documentation will take longer to iron out the wrinkles and a more expensive one with documentation is a breeze but you pay for it.

Hi Liam
I usually go for the latter. If I am purchasing a complete product I will not buy if the documentation is not what I think is adequate

The same goes for components stamped with only the equipment manufacturers part number. I was once involved with some pretty expensive equipment which was supplied by our customer which only had equipment part numbers on all the components. Our customer refused to purchase until the Manufacturer provided conversion tables (the manufacturer was in USA) so they (and us) could maintain to component level.
The manufacturer came to the party and provided the required documents so it can be done.
Cheers Bob

I agree, Bob, about schematics, etc. Years ago when I did a lot of 3rd party maintenance, we often had to laboriously work out schematics. Something to be avoided if possible.

Anyway, I scoped out the little device just now. The 3v3 is indeed supplied from the device as Vdd, pin 6.

The other thing is that the on board IC acts as a DTE so DTR on the 6 pin connector is actually an output.

The device is a CP2102 from Silicon Labs https://www.silabs.com/documents/public/data-sheets/CP2102-9.pdf

I’ll make up a loopback as James suggested and see if I can’t set fire to it!

Years ago when I did a lot of 3rd party maintenance, we often had to laboriously work out schematics

Like early 70’s. Had to fix a Japanese Radar on a Japanese prawn trawler with a Japanese handbook written in Japanese with no interpreter.

Fortunately very obvious. Salt environment had rusted the steel legs on several transistors and the headers were laying in the bottom of the power supply box. A handful of trusty 2N2270 (a very handy little beastie) and problem solved.

We eventually found the Radio Operator. He had to speak English to be an RO. It was all an oriental face saving exercise, if the Captain can’t translate (or do anything else) he won’t allow anyone beneath him to do it. This oriental attitude can be a damn nuisance sometimes in this sort of circumstance.
Cheers Bob

Bet you earned your sake on that trip!

There’s a CP2102 USB driver for Win10 from SilLabs that I installed.

I found another useful utility Serial Send that quite nicely sends out serial data to a port.

Using the sniffer, I was able to loopback (short TXD to RXD pins) and send out a byte and check that it receives back OK…which it does. So, this USB>UART works quite OK.

No need to worry about 3v3, DTR or even power as it powered off the PC’s USB port. I guess it relies on software flow control.

Note to self: Stick with properly documented devices!!

2nd Note to self: Buy some prawns!

A bit late into the discussion, but for what it is worth. I’ve only used the TXD RXD and GND outputs to connect to a project. The CP2102 is powered by the 5V from the USB connector. USB signalling is done at 3.3V and the CP2102 has an internal regulator to provide it. The +3.3V pin may be connected to that regulator. I say maybe, as it should stay at 3.3V but OP says it measured 5V at times. The +5V pin is connected to the USB +5 and bypasses the chip. I have used this to power a low powered project from the +5 and not need another power supply for the project.
Because the USB GND is connected to a PC or similar, and the project can be connected to a different supply, there are multiple earths and that may be a problem.
In one project I sidestepped that by using two 4N25 opto isolators, one supplied by the USB +5V and the other by the project +5V. This works at 9600baud using 1K resistors in the transmit side of the 4N25 and 5K resistors on the receive side.