guys,
anyone aware of a machine learning/keyword project recognition project which shows how simple and fun it can be?

I’m in the early stages of research on the future of smart home technology, and was after a fun and cheap example of machine learning/keyword recognition I can include in a paper. 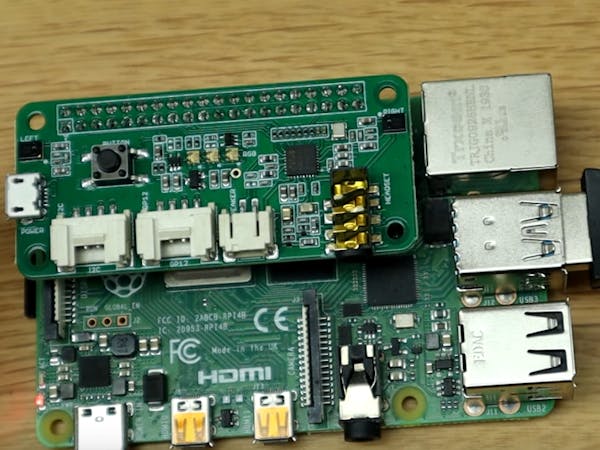 This counter listens for the word "mummy" by running an embedded machine learning model on a Raspberry Pi.

This a great project for “hands on” people with a technical bent. It gets a bit bogged down a little with hardware that doesn’t work and software libraries that are not available. But it does demonstrate what can be done with a cheap SBC and associated hardware, open source/publicly available software and development environments, and data sets…

BUT I am a reluctant to include it as a example of how widely available, easy, and cheap keyword voice recognition machine learning is - it’s likely to scare a non-technical audience.

Can anyone point me in the direction of a better example please?

I wouldnt look any further than Alexa/Google Assistant/Siri (also Google Translate though it piggy-backs off some other systems).
If you’re after a project todo, there are lots that use these devices and some API to interact with them.

While it definitely is available and cheap I wouldn’t put it in the easy basket just yet, there are excellent guides around that make it so (Just take a look at the guides that Core has).
Its one thing being able to recreate another persons project using a model but crafting it into your own can be a bit harder, i.e. creating and training a model. There is a lot of background to understanding and taming these algorithms.

thanks very much for that comment. Quite reasonable. But here’s the thing.

I’ve had my fingers burnt with “Smart Home” items that will not work if you don’t have an Internet connection (Somfy Conexoon and Mitsubishi Electric air conditioners Wi-Fi control). Or eventually stop working if you don’t update the hardware/software (such as Philips Hue). Or simply go haywire when the an app is updated (BAF Haiku fans) Or pose a security risk (anything with the word Microsoft in front of it). Or don’t work after a few iterations of technology updates (such as LIFX globes - and quite a few other Wi-Fi products -only able to use 2.4 GHz band). Or refuse to install an app because the OS is not the most recent because the hardware is too old (such as the iPad mini sitting on my kitchen benchtop)

That’s not all. You also have privacy issues (https://theconversation.com/amazon-echos-privacy-issues-go-way-beyond-voice-recordings-130016) and the need to provide all your personal details to an American company. Good luck if you think an Australian with any problems is going to be treated with any respect by American law. The business model for Alexa/Google Assistant/Siri centres on leveraging personal data for advertising profit. Successfully too judging by the profits of Apple, Amazon and Alphabet (Google). I’m not sure I really want to play.

The items I’ve mentioned are all highly respected mainstream products (apart from Microsoft) which work really well (apart from Microsoft). I’m not having a go at them specifically (except for Microsoft) because they’re simply reflecting the prevailing consumer electronics approach. IoT is fashionable, cheap, and widely available. And there’s nothing wrong with it as long as you don’t look too closely…

The use case I had in mind was for a stand-alone system or something to interface to a KNX home automation system. WoT would be a potential future optional extra, not a core element. And I really like the possibility of using a Linux OS, open source software, publicly available data sets and development environment, and a SBC costing around AU$100 to remove the problems associated with the Alexa/Google Assistant/Siri ecosystems. MagPi and Core (and others) have lots of great projects. Just not ML based keyword recognition.

I feel much better now that I’ve got that off my chest. I do appreciate your response. Am I being unreasonable? Paranoid?