Hi
My 3d printer temp for the nozzle is showing is showing -15 deg. I have replace block and the heating element and thermistor. I read online that I can multimeter test the thermistor which should be around 11kohms. I did the reading and it came to 28 ohms. Any other suggestions?

What kind of printer have you got? I had a similar issue on my WanHao duplicator mini when I snapped the thermistor cable, there’s a few standards that get used for the thermocouples/thermistors on FDM printers, so it’s always best to check that you’ve got the right thermistor with the same curve.

Reflashing the firmware on the mainboard and double-checking that the connection and line on the PCB for your thermistor is clean and continuous is always a good first point of call.

Fairly sure it’s a 100K NTC thermistor which is the same as the rest of the Creality printers. Have you ordered a replacement for it yet? Core Electronics doesn’t provide this particular thermocouple, although there’s plenty online on eBay, Amazon and from Creality directly.

Let us know how you go with the fix. If you find that you still run into that issue after replacing it, you should be able to either reflash the firmware, or replace the main board on your printer if it’s died (upgrading to one of the silent main boards is also a great idea)

I added a couple of Amazon links you can jump onto in the previous post, although if you search on Google for the title of each part there should be plenty of places to pick one up.

Thankyou very much. I had a quick look myself before I saw your post and I might have had difficult time finding 1.
Thanks

Another question. You said you can redo firmware. Is there thermistor firmware?

Sorry about the wait, it’s a bit busy at the moment.

Is there thermistor firmware?

No, a thermistor is simply a resistor (in this case of NTC it’s usually a combination of two metals pressed against eachother which changes electrical properties as temperature changes or a semiconductor which changes properties)

You can instead update the firmware on the board of the printer itself. Matterhackers have got a few good tutorials on this. 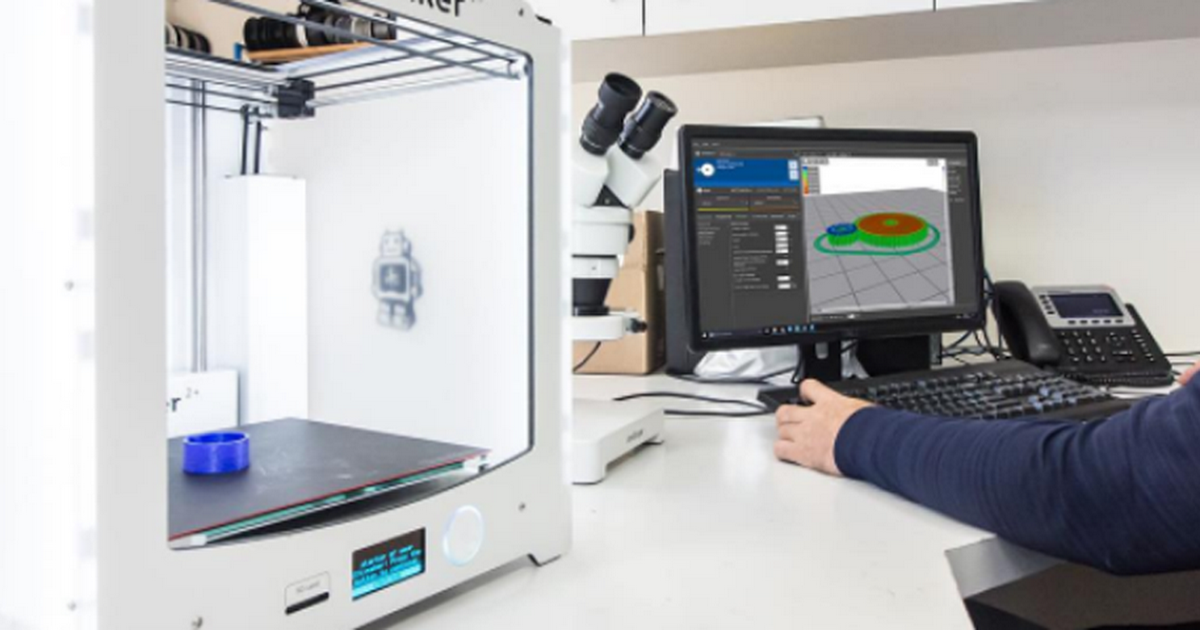 How To Successfully Flash Your 3D Printer's Firmware | MatterHackers

When customizing or upgrading your 3D printer, you may need to flash your firmware - here are the steps to succeed.

Hi
I got a new thermistor. I put it in and still I am getting -15 degree. I put the new thermistor on multimeter test and it read 0.12M ohms. I then connected it to the pcb and then got a reading of 153k ohms. I am not sure which to follow on that ide/coloured ribbon cable to the pcb inside the machine.
I am also looked into redoing the firmware however creality does not look like they have much of that for this machine. I have looked online and tiny machine have firmware but i am not sure how reliable tiny machines are. I also saw a different creality 3d printer having its own thermistor setting as part of its setting to readjust it. Any other ideas would be great or if I have missed something.

Hi
I was wondering if I can get some help. I am trying top upload firmware onto the 3d printer but cant do it. As I am still learning about it I could use some help. I download a few different firmware from tiny machine and creality etc. I put the sd card in under the machine into the lcd board however when i put it on nothing happpens. I even tried connecting the machine via usb cable and going through the computer and cant find any firmware using programs such as pronterface. The firmware but not there.

I would strongly not recommend reflashing your software. You need to be sure that the software is the cause of the problem before going that route, and I don’t believe you have proved that yet. For instance, it is still not clear from your description whether or not the hotend is actually heating up. So it’s not clear whether the thermistor is reading the temperature incorrectly, or the hotend heater is not heating. While both problems could be reolated to the software, it is essential to rule out hardware issues first.

Hi
I put on the printer and manual tried to heat up the hotend, but it did not. Its shows -15 on the lcd.
I bought new hotend and thermistor. Still the same issue. I connected the printer via usb to pronterface and on there it says -15. I cant find any code for the pronterface to see if I can change it on there. How would I test the hotend to see if it works. All I know is to ohms test it. What else can I try?

How would I test the hotend to see if it works.

This is what I would do. Your actions might depend on your experience and equipment.

Hi
The first 1 was not a problem. I have a power supply as I am just starting to study electronic and communications at tafe I do have breadboard, resistors etc. however I dont have a potentiameter yet.
I heated up the hot end with the power supply I have. I did not quite understand the 2nd and 3rd . I tested the temp on hotend and it climbed to around 60 degrees. I dont understand what I have to do with the thermistor. You said I can use resistors instead of a pot. How can I use the resistors?

So you can assume the hotend is not the problem. The thermistor is simply a resistor that changes its resistance with temperature. You have already measured its resistance at ambient as between 120k ohms and 153k ohms. So step 2 will involve measuring its resistance at different temperatures as you heat it with the hot air gun (or the hair dryer). This is to confirm that it is operating like a thermistor should.

It’s not necessary to have a control on the heat gun - just use the distance you aim it from and how long you hold it there to change the temperature. Without more detailed information about the values you expect to see you can’t really do much more than prove that it goes up and down as the temperature changes. It should not need much heat to see the change occurring, and you need to be careful about overheating the wire covering.

The values I mentioned in the last paragraph are only to give a guide to sort of values that would give sensible readings from the controller, assuming the particular type of thermistor it expects to see.

I hadn’t considered having the thermistor plugged into the board as you did this test, but the way you have done it has the advantage that you have proven the signal right through to the controller board, so that also eliminates cable and connector.

Rather than trying step 3 as a separate test, you could just repeat that test with the thermistor and hot air gun, watching the multimeter to confirm that the resistance is changing at the controller pins, then start a heat cycle and see if the controller display shows the temperature changing as the heat is applied to the thermistor and the resistance reading on the multimeter changes.

Jeff is right, testing the thermistor to ensure that the values that it is producing are accurate would be very helpful in troubleshooting the source of the issue on your printer and identifying whether the values the thermistor is returning are being interpreted correctly. If it is not practical to test the thermistor directly, if you hook up a potentiometer in place of your thermistor on the board (or some various resistors of known values) and compare the value registered as the temp on the appropriate curve on a working thermistor. This way, we can ensure that it is not the firmware or the board (or any other components) on your printer that’s causing it to enter thermal runaway.

That being said, I’m quite certain that updating the firmware on the printer may be a solution to this problem and can potentially save you from damaging other components. Ruling out issues with hardware is important (remember to always take the appropriate safety measures, even when you’re working on the ELV side of your board, as the power supply on those printers can kick out a fair amount of juice and components can get quite hot) although Creality printers, in particular, can be a little notorious about not including thermal runaway protection on their stock firmware.

How to Fix Thermal Runaway Error on a CR10

Thermal runaway protection is protection against the temperature getting out of control. It is actually a piece of code in the firmware of your machine that checks to make sure that once power is being supplied to the heater, that the thermistor’s (a...

Even if the firmware is not the issue, reflashing it when issues like this first occur to ensure that you don’t cause any further damage to the hot-end or printer (or continuously damaging your thermistor when you replace it making it seem like that’s the issue) wouldn’t hurt and should be relatively easy.

Hi Bryce
In an earlier email I said I have downloaded several firmware from tiny machines and from creality.
I used the tiny machine firmware first. I then put in on sd card and connect to the inside of printer whats called the lcd pcb and when I witched it on nothing happened. So I don’t know what I did wrong. It is the first time that I update firmware on printer since I got it about 9 months ago. So I am not sure if pcb is reading the sd card or not? I will also try again what Jeff suggested, but if you can get back to me on if you know how to test the sd slot of pcb that would be great. I am leaning more about 3d printers as I have pulled a bit apart now.